Our Commitment to Action: Terrain.org Statement on Racial Justice

Guest Blog: Aldo Leopold and the Roots of Environmental Ethics

From June 22 to July 17, I was one of 25 college and university faculty to participate in the National Endowment for the Humanities summer institute on Aldo Leopold. Titled “‘A Fierce Green Fire at 100’: Aldo Leopold and the Roots of Environmental Ethics,” the institute commemorated the 100-year anniversary of Leopold’s arrival in Arizona to take up his first position with the United States Forest Service. During the course of the four weeks, we heard from experts in the field; traveled to locations Leopold visited during his time in the Southwest; discussed and debated Leopold’s legacy in the disciplines of environmental ethics, wildlife ecology, conservation biology, and environmental literature; and (occasionally) unwound over a few beers. It was an exhausting, invigorating, exhilarating experience, one that taught me loads about Leopold and, more importantly, about the distance we have yet to travel to approach the ideal he voiced sixty years ago in “The Land Ethic,” his signature essay from A Sand County Almanac (1949): “A thing is right when it tends to preserve the integrity, stability, and beauty of the biotic community. It is wrong when it tends otherwise.” 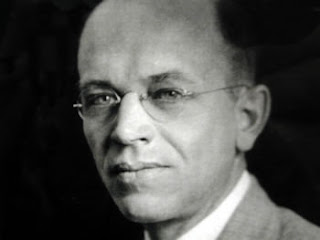 The institute took place in Prescott, Arizona (pronounced like British “waistcoat”), a small town that, at an elevation of 5,300 feet, provides a summertime refuge from the brutal heat of Phoenix. “Everybody’s Hometown,” banners on lampposts announce; the ubiquitous ravens who cackle imperiously from atop these perches seem to agree. The former state capitol of Arizona, Prescott now offers mostly tourist attractions, including remnants of a once-famous Whiskey Row, plenty of restaurants and antique shops, and (so they say) the world’s oldest rodeo. July is monsoon season, when moisture from the Sea of Cortez gets sucked up into the sky and dumped on the land in storms of amazing suddenness and ferocity. West of town Thumb Butte, haven for nesting peregrines, floats in the blue distance. Our accommodations were provided by Prescott College, an experimental school founded in the 1960s that offers a robust environmental curriculum, recycled granite in the bathrooms, herds of wild javelinas wandering the alleyways between dorms, and neither grades nor credits. Our main classroom, in the Sharlot Hall regional history museum, was an unfinished cement studio space with a horrendous echo and squealing chairs; considering that the museum now faces the loss of all state funding due to Arizona’s budget crisis, though, the director and staff were incredibly generous in permitting us to take over their grounds for a month.

The institute’s participants were a diverse group, both regionally and by discipline. Philosophers were particularly well represented (all of them, unlike me, sporting enviable heads of hair; maybe philosophical reflection encourages follicle retention). But there were also faculty from my own disciplines of Literature and American Studies, as well as from Biology, Religious Studies, Political Science, Women’s Studies, and even, in the case of a woman who teaches in Hawaii, Dance. The disciplinary diversity, unfortunately, wasn’t matched by much visible ethnic diversity, though one woman did tell me she’s part-Cherokee. Inevitably, our discussions turned to issues of environmental justice, something Leopold, surrounded though he was by Native and Hispanic populations, barely touched on, and something our own ethnic makeup suggested still needs to be vigorously addressed. We also talked about hunting — another Leopold passion that the vegetarians in the group, myself included, wrestled mightily to understand as a form of love for the wild — as well as about the question of Leopold’s radicalism (or lack thereof), the applicability of his land ethic to the global-scale environmental crises we now face, the proliferation of land ethics in such contemporary settings as urban gardens and the slow foods movement, and much more. The faculty who steered us through these subjects represented the cream of the Leopold crop: biographer Curt Meine, a cheerful and energetic soul who offered me an impromptu lesson in reading land health during an interminable bus ride to Leopold’s rookie post of Springerville, Arizona; Julianne Newton, whose own biography of Leopold emphasizes the development of his ecological thinking; J. Baird Callicott, the dean of environmental ethics, who almost single-handedly put Leopold on the map for philosophers initially inclined to dismiss him as a mere government functionary unworthy of joining their arcane brotherhood; and in the final week, author Scott Russell Sanders, whose writings, including his recent, marvelous A Conservationist Manifesto (reviewed in the forthcoming issue of Terrain.org), have earned him a spot in the Leopold tradition of environmentalist philosophy and prophecy. By month’s end, all of us had designed or retooled syllabi that we’ll be taking home to our own campuses, as well as making publicly available on the website of the Institute for Humanities Research at Arizona State University. If in so doing we can spread the gospel of Leopold to as wide and diverse an audience as possible, the institute will have served its purpose.

I’ve always respected Leopold as both a thinker and writer, but the institute gave me a greater appreciation both for the quality of his ideas and for the lengthy process by which he achieved their full flowering. When he first arrived in the Southwest, Leopold was a faithful disciple of the Progressive-era utilitarianism preached by the head of the Forest Service, Gifford Pinchot, who saw timber as a “crop” to be managed solely for commercial purposes. Only gradually, over decades of observation, reflection, communication with leaders in the emerging field of ecology, object lessons in the United States and abroad, and more than his fair share of mistakes and missteps, did Leopold emerge as the revolutionary thinker who emphasized the need for humans to live harmoniously with the natural world, to reject economic profit as the sole measure of the land’s value, to view the biota as a unified whole with which humans should tamper only reluctantly, and to understand ourselves as a part of that unity, linked to the land in material, historical, ethical, and spiritual ways. The Southwest proved a fertile starting-point for Leopold’s development, his tutorship in the region’s fragile ecosystems making him particularly alert to the human impact on the land. It was also in the Southwest that the seeds were sown for his most dramatic about-face: his revolution from advocate of predator eradication to defender of wolves and grizzlies as essential members of the land community. In a stunning confessional from his most famous short essay, “Thinking Like a Mountain,” Leopold recounts the epiphany he experienced upon the downing of a mother wolf:

We reached the old wolf in time to watch a fierce green fire dying in her eyes. I realized then, and have known ever since, that there was something new to me in those eyes — something known only to her and to the mountain. I was young then, and full of trigger-itch; I thought that because fewer wolves meant more deer, that no wolves would mean hunters’ paradise. But after seeing the green fire die, I sensed that neither the wolf nor the mountain agreed with such a view.

Leopold exaggerates and compresses his revelation here; though a letter has recently surfaced proving that he did indeed shoot two timber wolves during his first year in Arizona, it would be decades before he seriously reconsidered the wisdom of predator-eradication programs. (Indeed, in the letter itself, he laments not the death of the wolves but the loss of his pipe.) But as Scott Sanders pointed out, the fact that Leopold retells this incident in a way that isn’t literally true enables him to evoke its deeper truth: the need for each of us to see the land as a living whole, worthy of our love and respect. In this sense, Leopold provides a powerful example for students and for all of us who struggle to meet the environmental challenges of our time: rather than assuming that he knew what was best for the earth, he allowed that far older and wiser teacher to instruct him in its ways.

In Leopold’s essay “Some Fundamentals of Conservation in the Southwest,” written in 1923 but unpublished until 1979, some 30 years after his death, he places the American experiment in its historical context and finds occasion for judgment and regret: “Five races — five cultures — have flourished here. We may truthfully say of our four predecessors that they left the earth alive, undamaged. Is it possibly a proper question for us to consider what the sixth shall say about us?” I hold this question in my mind as I return to my home to teach, to raise my children, and to work for the restoration and revitalization of the land. Joshua David Bellin with his children at the Grand Canyon, a not-too-far drive from Prescott, Arizona.

Joshua David Bellin teaches American, Native American, and Environmental Literature at La Roche College in Pittsburgh. Having published three scholarly books and numerous articles in these fields, he has recently taken a break from academic writing to focus on fiction and creative nonfiction. Under the pen name of J. David Bell, he has published in such periodicals as Word Catalyst, SNReview, Gander Press Review, Queen City Review, and the upcoming issue of Terrain.org.